There is a growing awareness that if you want to stay healthy, you must eat healthily. However, for many people the food budget is a major one, especially considering that it reoccurs. Making this even more of a problem is the increase in food prices. Eating healthy on a budget, though can be done. It doesn’t need to break the bank, and can actually save money. Let’s look at a few of those ways.

Eating packaged mixed or pre-made foods is almost always more expensive than making your own. Yes, it can take a little more time, but when you are trying to save money, time becomes a little less important.

Let’s say that you want a rice dish. Rice-a-Roni only costs around a dollar for a box. Cheap, huh? But is it? A four-pound bag of uncooked rice often costs less than $4, which makes it far less expensive, and it isn’t nearly as processed. This means that making the dish from scratch is not only less expensive; it is a lot better for you.

This is true of nearly all boxed foods. When you make the same thing from scratch, you not only save money, you control what goes into the meal. This is major if you are cooking for a diabetic or someone on a sodium-restricted diet.

A healthy diet doesn’t mean cutting out all meat, fish, carbohydrates, etc, it means eating a balanced meal, and eating it wisely. Fat must be kept low. It is needed, but shouldn’t make up too much of a diet. Still, you can’t afford the lean cuts of meat. Rather than resigning yourself to the fact that your diet will be unhealthy, take steps to make the less healthy types of meat healthier for you.

Trimming the fat off a steak, assuming you can afford steak, is a step in the right direction. With ground beef, the fat is ground in. Still, you can cook it, drain off the fat, and thus reduce the fat consumption by a lot, without spending a penny more on the ground meat. Wild meats also tend to be a lot lower in fat than those specifically grown for slaughter.

The idea is to buy produce when it is in season and while it is cheap. It’s worthwhile to learn how to can the products, if possible because that ultimately saves money. A canning kettle, jars, and lids do cost money, but the jars can be reused, and this much healthier form of food can save a lot of money even by the end of a year. For example, you spend $5 on a case of pears that in turn yields 20 quarts. Throughout the year, you are enjoying home-canned pears, without the preservatives, for less than 50 cents a quart, while others are buying canned pears and paying over $1 a can for quality that isn’t as good.

It is of course great when you can grow your own produce, even in pots. But some people don’t have this chance. Gleaning may be the answer. Many farms sell “U-pick” fruits and vegetables at a huge discount. You still get better and healthier produce, but you pay a small amount as compared to the supermarket. This is a great way for eating healthy on a budget!

Home Cooked leftovers Can Save You Money

One of the biggest laughs is when comparing TV dinners vs. expense and health benefits. Does anyone actually believe the commercials when they tell you how healthy their TV dinners are? How about this: Have you ever cooked something and had leftovers? These can be frozen to make your own TV dinners without any of the expense of buying them, and without boring the family with leftover meals.

Even using paper plates will work for this, however, there’s a pretty good chance you have friends or family who eat TV dinners. Have them save you the containers they come in, which easily keep the food separated. It is then easy to scoop the leftovers into the compartments of the clean TV dinner tray, cover it with plastic wrap, and freeze them for later use. It is healthier and way cheap. Again, you control what goes into it.

Boil-in-a-bag meals can be made in the same way. They are healthy, save money, and when you need it most, they save time as well.

Some healthy foods do cost more than the less healthy alternative. Olive oil costs more than vegetable oil; butter costs more than margarine, and so forth. There are two things to consider, though. First, considering the amount you are saving by using the above to save money, don’t you think the small added expense is worth it? Second, and more importantly, what will be the expense if you have to go to the hospital for days because of clogged arteries and a needed bypass because you ate high cholesterol, high-fat foods that contained few of the nutrients needed for health?

Can You Eat Healthy On A Budget?

Yes, you can eat healthy on a budget without cutting into your life savings. These are only a few of the ways to show how it can be done and the reasons why it should be. A great motto may be, “Save money, eat healthy.”

Are you a sponsor and would like to work with Sonya’s Happenings? I would love to have your spectacular products or brand featured on my blog. Either within a post or in future gift guides, you can contact Sonya at sonya@sonyashappenings.com and we can work it out~
In short, Sonya’s Happenings… product reviews, giveaways, and gift guides are the perfect place to get your products noticed!

9 thoughts on “Healthy Eating On A Budget Done Easily!”

If you are a brand and would  like to work together, please email me at sonya@sonyashappenings.com – I love to hear from my readers too 🙂

I love my followers!

AE & Aerie Have The BEST Sales!

Can you use current coupons? 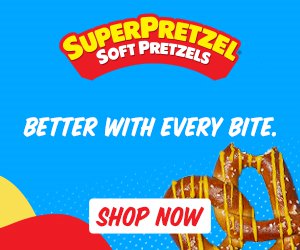 And it’s CHEAPER than at the Vet ~